The Lyons Funeral Home was founded by William H. Lyons, known locally as “Billy,” a respected businessman in Thomaston since the age of 14 when he started the Lyons Tea company. He sold tea, coffee, spices, extracts, baking soda and cocoa door-to-door out of a horse drawn wagon in Thomaston and the surrounding communities.

In 1901, he entered a partnership with Thomas H. Brown. Their business included the sale of tea, coffee and ice cream. Brown was also a mortician and Lyons joined him in that, too, thus starting his career in the funeral business.

In 1902, Brown was ready to retire, so William H. joined forces with his brother, Timothy J. Lyons, and the two bought out Brown's business. The two brothers worked in partnership for ten years together.

A partial list of the scope and variety of businesses that William H. was involved in over the years includes salesman of tea and coffee, mortician, jitney service operator, dry goods merchant, taxi service, bus line operator, livery stable operator, automobile dealer and appliance dealer. In 1928, he had acquired the dealer’s franchise for Pontiac. At first, he sold cars from the buildings formerly used for livery at his home on Bristol St. He was selling so many cars that in 1948, he decided to build a new showroom at the junction of Elm and East Main Streets.

As busy as he was in his business endeavors, he still found the time for home life and active community involvement. He was the father of four boys, John, Daniel, Paul (Paul made the supreme sacrifice for his country during World War II, following a battle with Japanese forces on Leyte in the Philippines; he volunteered to bring back his fellow wounded soldiers and never came back) and William, and one daughter, Rosemary (Martin). John and Dan joined their father in the funeral business, which was incorporated in 1948 as W.H. Lyons and Sons.

In 1985, John J. Lyons, Sr., (son of the founder) wishing to retire, sold the funeral business to his Irish cousin from Waterbury, William J. “Bill” Bergin. The Bergin family had been operating the Bergin Funeral Home in Waterbury since 1873. In 1997, Bill Bergin became an affiliate of Carriage Services of Houston, Texas.

The Lyons Funeral Home is now locally managed by D. Scott Griffith of Watertown, a second generation funeral director whose family has been serving the communities of the greater Waterbury area for over 80 years. 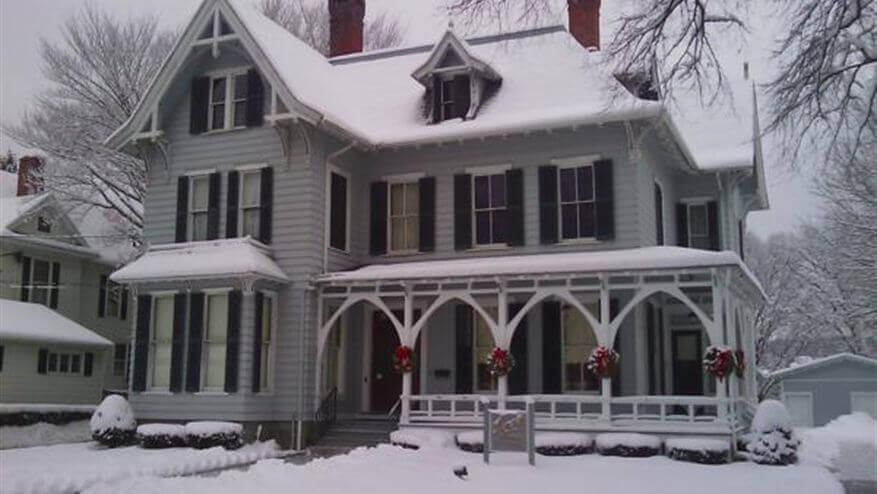